It's an all-out war as the Sith emperor returns from the dead - stronger, more evil, more determined, and prepared to unleash a new secret weapon upon the galaxy! Roan Fel's loyalist Imperials, the Galactic Alliance, and the Jedi are all on the defensive - reeling from the attacks by the unified Sith.

But Cade Skywalker has his own plans for this war-all this time spent running from his legacy has finally shown him that he can't run...and he must stand alone against Darth Krayt! Collects the six-issue miniseries.

"It's the sort of epic Star Wars story that you've come to expect from the comic run that introduced us to The Old Republic, only this time it's set in the far future of the Star Wars universe. Legacy: War is highly recommended." -Furious Fanboys 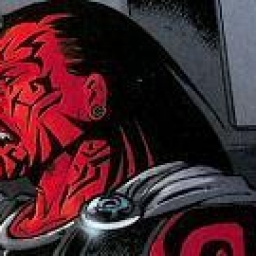