Wayland is a once-fertile world transformed by alien biotechnology into a monstrous living nightmare. The planet was the scene of Kol Skywalker's worst failure and his son Cade's first brush with death. Now Cade and his friends have been lured back to Wayland, where a deadly secret festers-and a life-changing decision waits for Cade.

Meanwhile, across the galaxy, a chance for peace erupts into a three-way battle between the Jedi, the Sith, and Roan Fel's Imperial Knights! This trade paperback collects Legacy issues #42-#46. 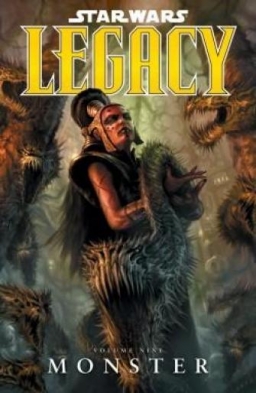