The partnership between the Galactic Alliance and Roan Fel's Imperials is tried again against the Sith Empire -- and this time they're joined by a group of Jedi who have at last come out of hiding!

Rogue Squadron's newest member is tested in battle! A traitor lurks aboard the Alliance! An Imperial Knight and a Jedi take on a dangerous retrieval mission! The Jedi, the Galactic Alliance, Fel's Imperials, and the Sith Imperials all contemplate the changes brought by Darth Krayt's death! 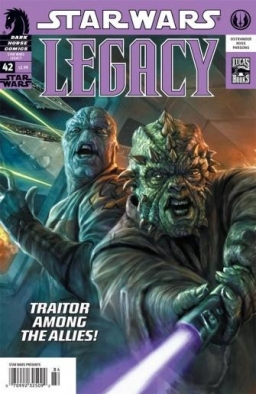