Luke Skywalker and Princess Leia lead a team of Rebels to their destinies in the full-tilt conclusion to "Small Victories"!

Facing a situation of unparalleled danger deep behind enemy lines, a few surviving Rebels test their resolve as decisions made on the fly will have serious consequences for both the Alliance and the Empire. Meanwhile, Admiral Ackbar calls a squad of experimental starfighters into action, but this is no simulation--if these new ships aren't up to the challenge, the Rebellion's hopes may be dashed by the Imperial fist! 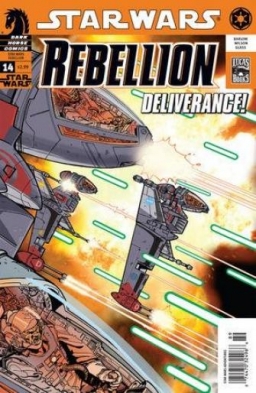