When a hyperdrive failure strands the flagship of the Rebel fleet deep inside enemy territory, Luke Skywalker and Princess Leia realize their misfortune could be an opportunity for the Alliance--if they undertake a mission with no chance of survival!

A riveting new story set in the months after Star Wars: A New Hope, "Small Victories" follows not just the Rebellion's greatest heroes, but volunteers like Deena Shan who never thought the fate of the Alliance could rest in her terrified but determined hands! Courage, sacrifice, and a little bit of madness are the order of the day as a ragtag crew of Rebels make an assault on a key Imperial installation with no escape plan in sight! 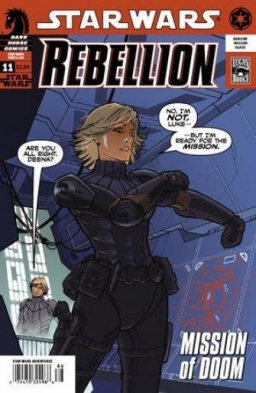