Luke Skywalker and Princess Leia face off against Darth Vader over an ancient artifact of legendary power!

Deep in the swamplands of the planet Mimban lies a powerful crystal, capable of giving its possessor such mastery over the Force as to be nearly invincible. In the right hands, it could save the galaxy. In the wrong hands, it could destroy it! With the explosion of the first Death Star still reverberating through the cosmos, Luke and Leia will find that the war they thought they won was only a battle, and that the dark side of the Force still stalks the galaxy.

This hardcover is available only through Direct Market retail outlets, each volume's print run is limited to initial orders and will not be reprinted. 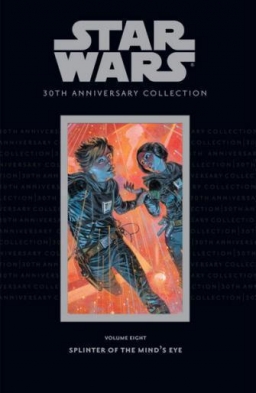