Stranded on a jungle planet, Luke Skywalker and Princess Leia found themselves desperately racing Imperial Stormtroopers to claim a gem that had mysterious powers over the Force.'
Luke Skywalker expected trouble when he volunteered to follow Princess Leia on her mission to Circarpous to enlist their Rebel underground in the battle against the Empire. But the farm boy from Tatooine hadn't counted on an unscheduled landing in the swamplands of Mimban...hadn't counted on any of the things they would find on that strange planet.
Hidden on this planet was the Kaiburr crystal, a mysterious gem that would give the one who possessed it such powers over the Force that he would be all but invincible. In the wrong hands, the crystal could be deadly. So Luke had to find this treasure and find it fast.
Accompanied by Artoo-Detoo and See-Threepio-his two faithful droids-Luke and the Princess set out for the Temple of Pomojema...and a confrontation deep beneath the surface of an alien world with the most fearsome villain in the galaxy! 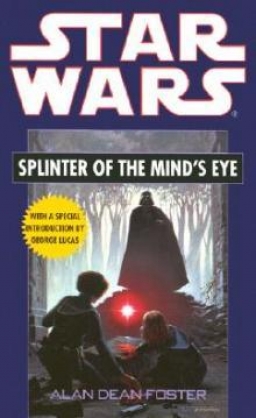