With the end of the brief but brutal reign of Darth Caedus comes a period of unexpected stability. Under the strong hand of former Imperial Admiral Daala, star systems set aside their differences in the hope of forging a lasting peace.

But for the Jedi, many of whom had once looked to Jacen Solo for inspiration, the transition has been anything but smooth, as Luke Skywalker strives to chart a new course for the Order, and groped for an understanding of what ultimately drove his nephew to embrace the dark teachings of the evil Sith Lords.

The road to reconciliation has been harder still for Han and Leia Solo, who have now lost both of their sons. Some measure of solace comes in the form of Allana, Jacen's Force sensitive daughter, whom the Solos have adopted at the request of the girl's mother, Queen Tenel Ka of Hapes. But Han, especially, craves the distraction of action, so he, Leia and Allana embark on an investigation into the origin of the Millennium Falcon, the charmed starship that has seen Han through so many years of adventure.

By all indications, their quest should be safe, innocent: something to keep them interested and busy. But as they piece together the clues of the past, hints of a more profound mystery begin to reveal themselves, and a faceless threat lies in wait--one that has already launched a tentative assault not only on the Jedi Order, but on the Force itself. 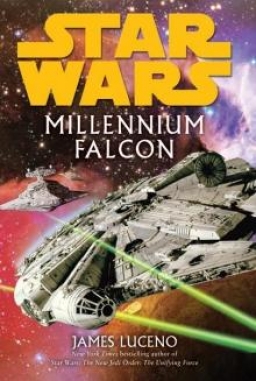