Warfare is a common theme throughout the Star Wars saga. From the Clone Wars to the Galactic Civil War to the Sith-Imperial War, soldiers have their work cut out for them. This supplement gives players and Gamemasters everything they need to run games or play characters in a war-torn galaxy. This book provides rules for military units as well as new character options, new gear and starships, and a host of adventure hooks and campaign seeds that can be used to inject military flavor into campaigns of all eras. 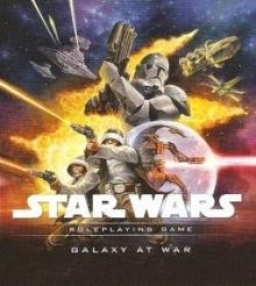