NEW from Star Wars® Roleplaying Games - Scavenger's Guide to Droids! Join several of the galaxy's most trusted authorities on droids for an in-depth look at these mechanical helpers. Featuring not only a wide variety of new droid models but also new droid equipment, talents, and feats, this book gives players and Gamemasters many new options for enhancing and modifying droids for their campaigns.
This book includes new rules for creating and pricing droids, a new system for handling droids under player control, and an in-depth look at the role droids play in the Star Wars saga. 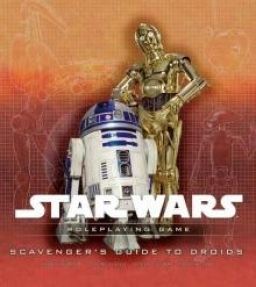