Beginning with Shadows of the Empire, Luke, Leia, and Chewbacca are determined to foil Boba Fett's plan to deliver carbonite-encased Han Solo to Jabba the Hutt. But these heroes are up against more than they realize. Darth Vader searches for Luke, hoping to turn him to the dark side, and a new threat, Xizor, the ruthless leader of the criminal organization Black Sun, seeks to gain the trust of the Emperor by killing Skywalker and overthrowing Vader! Then, in Shadows of the Empire: Evolution, a beautiful human-droid -- previously an assassin for Xizor -- searches to find her human side as Luke Skywalker tracks her across the galaxy, determined to bring her to justice! And finally, in Mara Jade: By the Emperor's Hand, the Emperor's personal assassin carries out her last mission, determined to succeed despite the death of her Master -- even if it costs her life! 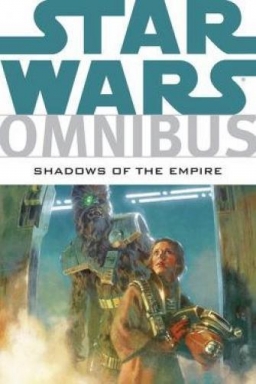