Collecting the first twenty-six issues of the Marvel Comics Star Wars series that launched in 1977 (the same year as the first film), this first volume of Star Wars Omnibus: A Long Time Ago . . . is a must have for any Star Wars fan!

Future volumes will include material not previously collected along with the consecutively numbered Marvel run: the comics adaptation of Return of the Jedi, material from Marvel UK, the Droids and Ewoks series, and other rare Star Wars comics. 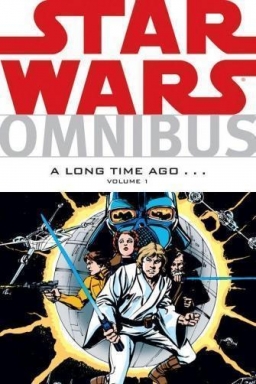