Then: Jango Fett, the most dangerous assassin/bounty hunter in the galaxy, never fails to get his man. But Jango has never had a success that has affected him this way.

Now: Boba Fett has taken up his father's mantle and lived up to Jango's fearsome reputation. But a secret from the past has Boba working a case he would normally dismiss and wondering if he actually knew his father as well as he thought . . .

Across the generations, and across the galaxy, if a Fett is on your trail, you've reached a dead end! 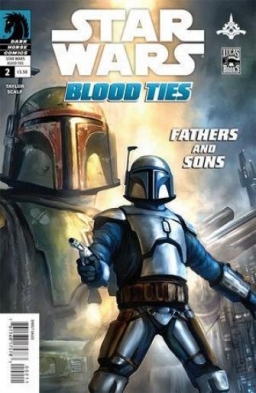