Princess Leia, Han Solo, and Chewie are racing to deliver vital information to the Rebel Alliance. But Han allows himself to be distracted with the idea of earning some fast credits. Ignoring pleas from Leia, and the threat of trailing Imperial Star Destroyers, Han makes an unscheduled stop at a hot smuggling hub to pick up some cargo. Unfortunately, the crate he takes aboard the Millennium Falcon doesn't contain the kind of contraband he was led to believe. It's not simple or harmless - it's the kidnapped femme fatale, Princess Mi!! 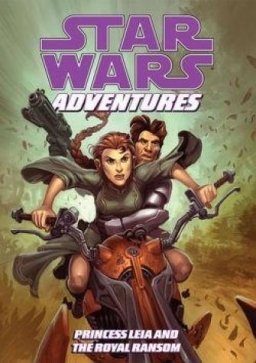