From 1992 to 1999, Dark Horse Comics was virtually the only source of new Star Wars visual art. Even after the release of the new films, the talented artists at Dark Horse have continued to expand the depth and breadth of the Star Wars galaxy. From ancient Jedi to alien worlds, from fantastic creatures to faster-than-light spaceships, no other publisher has produced so many dazzling images from our generationís greatest mythology.

This book presents an amazing selection of covers and interior images from over a decade of Dark Horseís comics and graphic novels, by some of the best artists the world over. A visual feast for anyone who enjoyed the films, a true treasure for the dedicated Star Wars fan! 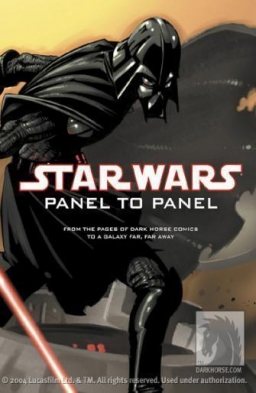