Behind enemy lines, Jedi Knight Aayla Secura's covert mission is threatened by an encounter with Shon-Ju - a former Padawan turned cult leader. Shon-Ju claims to be after the same Separatist warlord that Aayla was sent to capture, but he also has plenty of reasons to hate the Republic and the Jedi. The Force is with Aayla, but she may need more than her lightsaber against "The Deadly Hands of Shon-Ju. 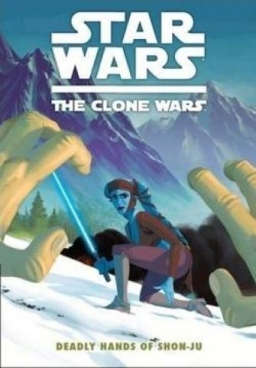