Poe Dameron has always wanted to fly. His mother, Shara Bey, who was an A-wing pilot for the Rebellion against the Empire, was more than happy to show her son everything she knew about flying. But she died an untimely death, and Poe was left alone with his father, Kes Dameron, who struggles with grief and a desire to keep his son safe.

Now sixteen, Poe wants nothing more than to leave his home on the quiet moon Yavin 4 to find adventure in the wider galaxy, while his father wants nothing more than for him to stay put. So when a group of smugglers offers Poe a job piloting them off-world, it feels like an opportunity he can't refuse. And by the time he finds out the smugglers are actually part of the fearsome criminal enterprise called the Spice Runners of Kijimi, Poe is already in deep. His burgeoning friendship—and perhaps more—with one young Spice Runner, Zorii, is even more incentive for Poe to stick around. But is this the life he's meant to have Is it even the life he wants? With danger closing in, Poe will have to figure out where he stands—and what he stands for. 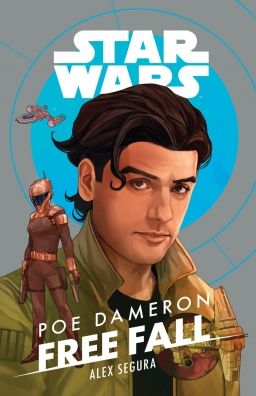